I am a big fan of china-styled marinated cucumbers, particularly those in the Liang Ban Cai (凉拌菜) stalls run by the Chinese nationals. I have tried making my own and not been successful, but after some practice, I think I have something I like enough to share.

This recipe calls for a popular off-the-shelf ready-made chilli by the famous brand Lao Gan Ma (老干妈). I have been looking at this chilli for quite a while on my supermarket shelf but never bought it, till my friend raved on Facebook about how good it is. I have seen this being sold in Asia supermarkets as far flung as Helsinki, so it shouldn’t be hard to get. It’s spicy but manageable.

*Update: 17/4/17: My friend sent me this link about Lao Ganma Chilli, which basically states that they did a test and the ingredients are questionable. Eventhough the chilli tastes great, please use with caution, or substitute with something better. You can get a gist of the article if you use google translate, since it’s all in Chinese.

*Only for this recipe: The teaspoon I used here is not a measuring spoon. I used the kind of teaspoon that you stir tea with, which has a smaller volume than the typical measuring spoons’ teaspoon.

Cut off the tips of both ends of the cucumbers and rub the cut tips on the main cucumber (where it was cut out from) in circular motion to clear out the sap. Rinse. Cut both cucumbers lengthwise. Make light vertical slits lengthwise along the seed areas. I do this so that the marinate can permeate better. Some recipes call for smacking the cucumbers but I really don’t like to have cucumber bits flying all around my kitchen so this is my way to counter that. 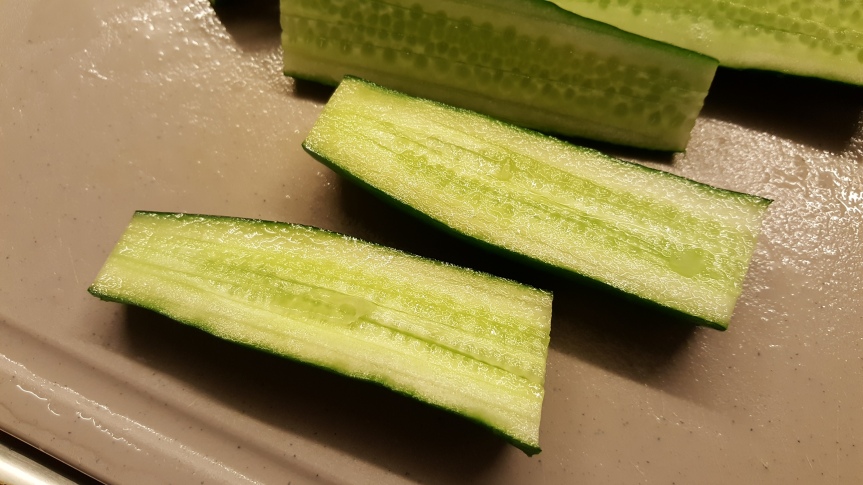 Cut them into 1cm slices. Place in a bowl, and pat them with a kitchen serviette, then wedge the serviette into the bowl and under the cucumbers. Place in fridge uncovered for half an hour so as to dry out the excess moisture.

Add in all the ingredients in this order: garlic, soya sauce, vinegar, chilli. 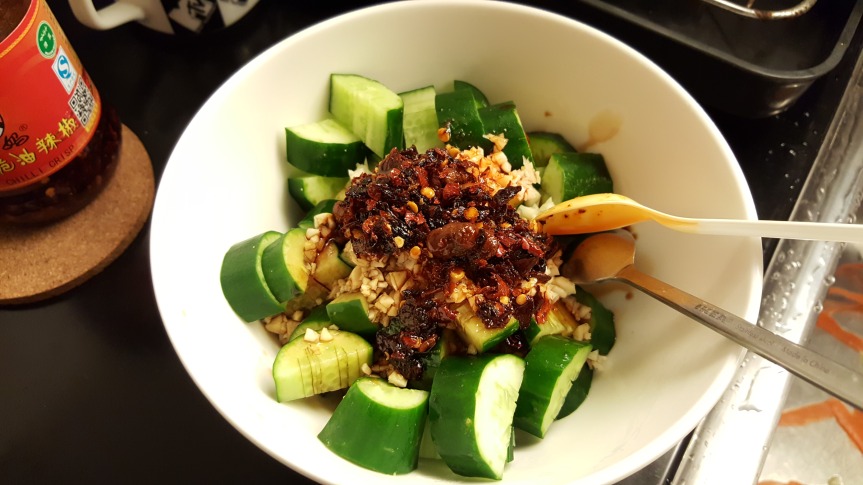 Mix thoroughly and place in fridge covered for 3 hours. You should get something that looks like this. Enjoy! 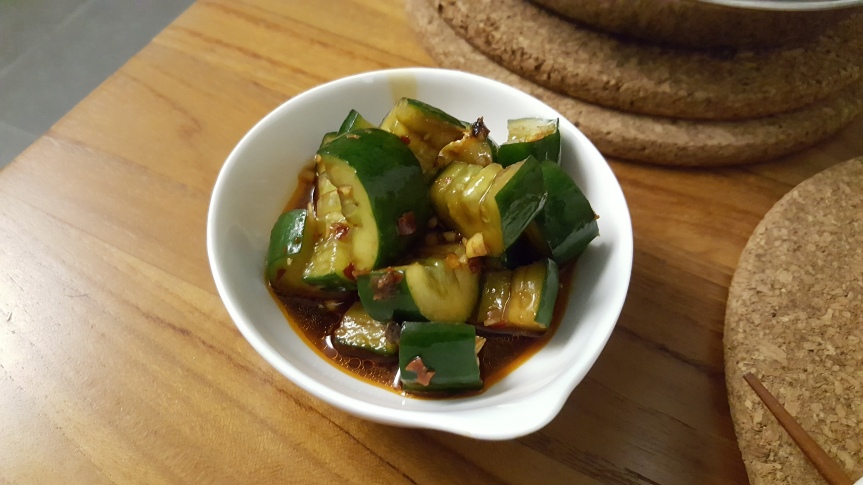